Emily Dunkin began ballet, tap, and jazz training in Albuquerque with Karen Alwin at age four.  She went on to earn her Cecchetti VI teaching certificate in ballet.  She has studied with Alonzo King, Luis Fuente, and Fletcher Nickerson, and attended Ballet Hispanico's summer workshop in New York City on full scholarship. Her performance credits include faculty concerts for the University of New Mexico Dance Department, Maria de Buenos Aires at the National Hispanic Cultural Center, and the role of Anybodys in the UNM production of West Side Story. Emily's has danced lead roles with Ballet Repertory Theatre including Juliet in Romeo & Juliet, Clara and the Snow Queen in The Nutcracker, and the fairy Cobweb in A Midsummer Night's Dream. Emily started competitive ballroom training ten years ago with Hans Kliphuis, and performed with Top Hat Entertainment.  She has competed with Nicolás Rael, and won top honors.  Emily graduated cum laude from UNM with a Bachelor of Arts in Fine Arts degree in Art History and minor in dance.  She is currently working toward her Pilates Certification.  She is Founder and Director of Soirée Entertainment. (Photo by Kelly Ferguson)

​Sidra Cordova started dancing at the age three at Fishback Studio of the Dance where she was initially trained in Ballet and Jazz. She also has experience in other styles of dance including contemporary, hip hop, modern belly dancing and more. She has attended different dance studios in Albuquerque including taking dance or dance related classes at UNM and CNM. She is currently working on her business degree. She also enjoys baking specialty cakes on the side and, as a certified cake decorator, hopes to one day open up a bakery in Pagosa Springs, Colorado! (Photos by dljoije left, fjoiejiofjae right)

​Devaraj Aran was born in San Francisco and was raised between California and New Mexico, having had family in the later since World War II. Although he has had considerable musical performance training since the age of five, he didn’t start dancing until after entering the University of New Mexico and eventually found he enjoyed it. Since then, he has principally pursued ballroom dance in competitive and performance settings with a number of groups associated with UNM and professional dancers, schools, and companies in Albuquerque. Devaraj studied and conducted research in human evolutionary ecology and molecular genetics at UNM. (Photos by Russel Maynor) 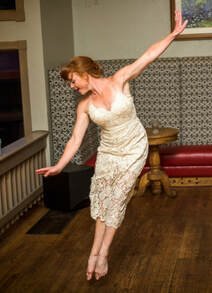 Elizabeth Lonergan has been dancing with Soirre entertainment for 4 years. Elizabeth grew up in Las Cruces, NM dancing with Michele’s Dance Academy from the age of 5. She is a classically trained dancer in the Cechetti method and has passed the Student Cechetti National Ballet Exams, giving her a strong foundation in ballet technique, artistry, dance theory, and anatomy of the dancer. She received advanced education in dance, anatomy, and biomechanics at New Mexico State University, where she was a member of the Contemporary Dance Theater. Here she was able to expand her knowledge of dance to many different styles including modern, jazz, contemporary, ballroom, and flamenco. Upon graduation from NMSU with her BA in Kinesiology and Minor in Dance technique and education, Elizabeth moved to Albuquerque to pursue her doctorate in physical therapy. During school, Elizabeth danced professionally with Ballet Repetory Theater of New Mexico. Elizabeth is now a practicing physical therapist with a specialty in dance medicine. ​

Sabrina Lord began her ballet studies at 3 years old at San Francisco's Peninsular Ballet, then later studied at Ballet Arizona, Ballet Theater of New Mexico, and graduated from Bossov Ballet Theater in Maine in 2006. She was asked to join the company of Arts Ballet Theater of Florida in the summer of 2006 where she danced professionally for two years. In 2008 she returned to New Mexico to pursue a college degree at UNM and was asked to join Ballet Repertory Theater (BRT). She performed with BRT until sustaining an injury. Following recovery, Sabrina began studying various ballroom styles with Millie Leahy at UNM and Bill Zimmerman at Enchanted Ballroom. She and her ballroom partner competed in small local dance comps and placed first for several entries. Sabrina has since joined Soiree Entertainment.

Brenda Dunagan is a dance teacher and professor at the University of New Mexico.  She has been a professional ballroom dancer for over twenty years, and has competed, performed, and taught in all fifty US states, as well as eleven foreign countries.  She holds her professional gold medals and a Licentiate degree through the Imperial Society of Teachers of Dancing in International Standard ballroom dance.  She also holds a B.S. in biology with minors in chemistry and philosophy, and enjoys hobbies such as stage magic and raising exotic animals. (Photo by Valerie Santagto) 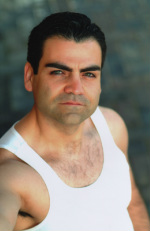 Giacomo Zafarano began performing at a young age through in-school music and drama programs and counts Gene Kelly and Bugs Bunny as some of his earliest influences.  His dance training began with the Ballet de Santa Fe youth company under the direction of Endelecia Prince. Giacomo holds a B.A. in linguistics from the University of New Mexico.  He has performed professionally in Las Vegas, NV and around the US in commercial, industrial, and theatrical venues, and performs locally with dance and theatre companies in New Mexico.  Giacomo is a Realtor, works in other areas of commercial real estate management, and continues to expand his intellectual, athletic, and artistic boundaries through the performing arts and other pursuits.